On the Autism Spectrum 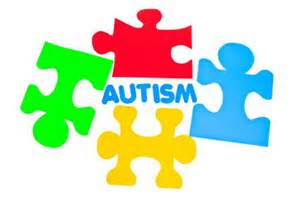 Yesterday, at a meeting for one of my little's, I had the opportunity to look around the room at documentation that was posted. Written on a poster, hanging from the wall was the following....

The 14 Signs of Autism  http://www.autismtoday.com/autism_14_signs.htm

1.      May avoid eye contact
2.      May prefer to be alone
3.      Echos words or phrases
4.      Difficulty interacting with others
5.      Spins objects or self
6.      Insistence on sameness
7.      Inappropriate attachments to objects
8.      Inappropriate laughing or giggling
9.      May not want cuddling
10.  Difficulty in expressing needs; may use gestures
11.  Inappropriate response or no response to sound
12.  No real fear of dangers
13.  Apparent insensitivity to pain
14.  Sustained unusual or repetitive play' uneven physical or verbal skills

As I was reading the words, not once but several times, it amazed me how the signs of Autism seems so cut and dry. Then I began categorizing my little one who was just diagnosed with Autism, who having eleven of the fourteen signs, my six year old and fifteen year old who each of them having ten of the fourteen signs. What is interesting to me how different all three of my children on the spectrum are then again how very much alike they are too. Each having a diagnosis of Autism or ASD.

While I write this, I keep thinking is this diagnosis truly this simple?

I am not a doctor or a psychologist. I do not have a PHD or MD as a moniker after my name, I am just a Mother who tends to go by their gut. I totally understand that some actions, behaviors and habits maybe the age period. However, when things so not seem right, even more than the terrible two's or delays of milestones, early intervention is key. I do believe with resources many things can be overcome or at least help with progress.

I am very realistic, blunt to the point, researcher of all things, books and articles are great tools, I use Google or any online search engine for that matter, bounce off Family and Friends, be involved with different groups (try to stay objective) all knowing more than likely I can take my child to ten different doctors or specialists and get ten different diagnoses. With that said, no matter what is diagnosed or not, what truly matters is obtaining the proper resources for my child and my family.  Here are some Facts and Statistic in regards to Autism - http://www.autism-society.org/what-is/facts-and-statistics/

Interesting factoids. Whatever the case maybe in your daily world of Autism or special needs, remember you are your child's voice, their advocate. If you are not familiar with a process, read about it, ask questions, do not be afraid to appeal a decision if you can and have supporting documentation to uphold your appeal. Believe me, I have learned many things over the years by asking, rocking the boat, getting second and third opinions but I have also been the novice and did not know where to start which cost a lot of time and resources too. Sometimes you just need to dive in head first, coming up for air in the middle. Living in a world where technology changes like the wind...use it to your advantage. Just take a moment, research, figure it out and go from there. We all have it in us, sometimes after the long days, many emails and phone calls, umpteen denials, therapist, specialists, doctors and everything else of the daily grind of life, you just need to find that little voice that says you can do it. Always have Faith!

“What lies behind us & what lies before us are tiny matters compared to what lies within us.” - Ralph Waldo Emerson GOD BLESS

Until Next Time...Make A Great Day!