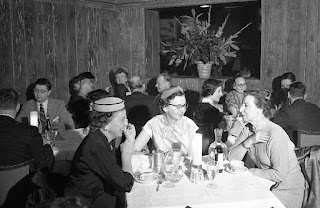 Lately I have been trying to find ways to take a moment here or there for myself. Some days it works and some days not so much. This week I was able to have a moment to spend with a really great friend. We had adult conversation without any interruption from the little's or anyone for that matter, just the waitress.

During our conversation, it reminded me how much I despise drama and gossip. Since my accident I had a rude awakening when it came to friends and family. Truly I was made to realize and understand who I thought were friends necessarily were not and family was no better. After the sadness and the whys, my guard kept crawling up to a high point keeping me very distant to the outside adult friend world. This was not only for myself but for my family too. Now, I have many acquaintances not friends. So, when I do actually come across someone that I feel and think I can trust enough, it makes my OCD a thousand times scarier. Really just wanting not to get burned but knowing somewhere I will. Have to take a chance every now and again too.

We, women, are very interesting human beings. There is really never a dull moment with a bunch of women. We are so quick to be by each other side but all so quick to throw each other under the bus. When one is having issues, several others jump on the band wagon just because. Why? Men do not act this way. They may have an issue amongst each other but they find a way to talk it out, argue or even throw blows but when all said and done...their issue is usually over. Women not so much or let me say most women.

Many movies and television shows have depicted how women can be when drama is in the center mix. Usually in the end when one decides the drama is not worth it then they seem to be the happier one or the one coming out on top. This is usually not before many cat-fights, emotional digs, caddy exchanges, rumors spread, etc. Something about drama that is attractive in the literal sense amongst women. Leading who on what side has the better story, though may not be completely factual but has or can make the better argument seems to be the one who comes out on top. Plus if a woman stands ups, speaks bluntly or to the point that does not win any brownie points either.

I believe having really have a few awesome and great friends versus having many friends where sitting around having dinner and a glass of wine is listening to all the weekly or town drama and gossip but you know as sure if you were not there your name could surely be thrown in the mix. Is this a true friendship?

Life is too short to have drama and gossip. If someone constantly wants to add your name in the mix then maybe they should be looking in the mirror. As the say, "Don't get angry when others are talking behind your back...because they're just proving that your life is obviously more interesting than them." - Ritu Ghatou 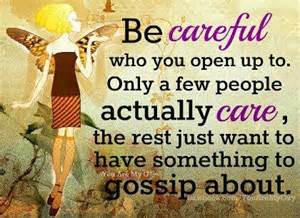 Until Next Time...Make it a Great Day!