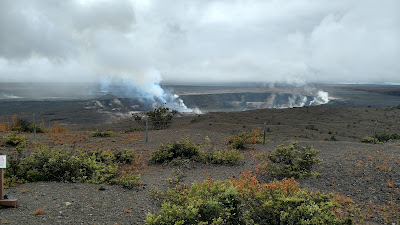 With day four of our of family adventure to an end and our day starting out late, I can definitely say we saw spectacular views of the Big Island. Though we were going back and forth on staying around the resort due to time, needless to say, we took the chance. We all decided to make the two hour drive to the other side of the island. So very happy that we made the decision to do so.

Driving to our designation, seeing the pristine beauty of the environment, just absolutely breathtaking. Though the weather was not sunny, something about the rain, animals along the roadside and fog had its own way of pure essence then there was the Little's asking many times over when are we going to get there. Classic road trip. During the drive I found as we passed two cemeteries along the way, there was a sense of nostalgia of holiness in the air as you passed the land. The little hairs on the back on my neck and arms stood up. Blessings to those who are buried at those cemeteries; may you rest in peace.

Finally,  as we approached the Hawaii Volcano National Park, the rain decided to downpour, my husband and I both said should we even go in as we are going to get drench. Was it worth paying to see if we were not going to get out of the cars? There was just that little something inside the pit of my stomach that said you have come this far, do not turn back now. Knowing there was a visitor center and the museum, we chanced it. Boy I am so glad we did.

Visitor Center not so much to see but driving back in to the park to the look-out point and the parks museum; there is no words to describe. The rain stopped for all of us to get out and see the active volcano. Honestly I do not think if the sun was shining would we have been able to see the full effects. Active lava, steam all around and hearing the rumbles as we all looked in awe. Like I said no words to really explain. 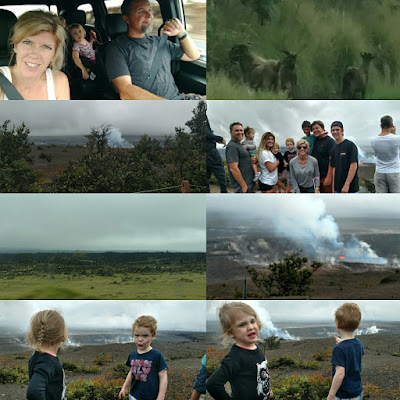 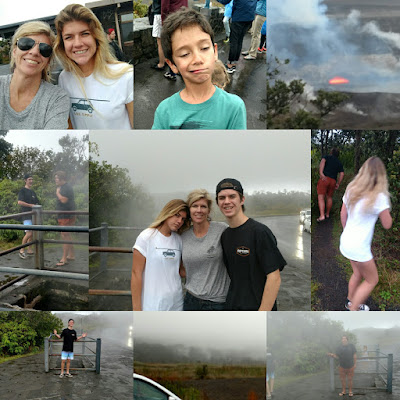 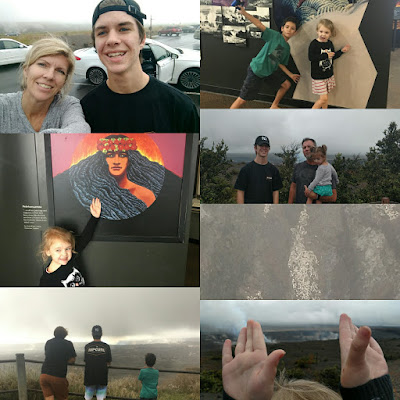 Upon us leaving to return back to the resort, we all listened to the Little’s converse on how the “laga” their word for hot lava was going to explode and flow on all of us and our cars. So awesome to hear what comes out of the mouths of Little's...their conversation and the “laga” was the center of attention for most of the night. To see the wonder in their eyes and on their faces, makes this trip more priceless. We have made many memories but when they speak among themselves (big and little) about the experiences that they have encountered makes it worth it thousand times over. For that I am one Happy, Blessed, Grateful, Humbled Mother and Wife! GOD BLESS

“There are no seven wonders of the world in the eyes of a child. There are seven million.” ― Walt Streightiff

Visit me on Facebook - Black And Red: The Daily Mix of Life