The Inner Voice Inside You, Is Loud and Clear, Just Listen!

It is that time of the morning, it is quiet as my teenager has just left for school but the littles have yet to be awake. I sit here in my master bedroom sitting area, taking this moment of silence, to just think. I have my trusty morning Pepsi by my side along with my computer as I sit, scrolling through social media feeds to see what are the happenings for the morning or checking the umpteen emails I have received. Over everything, I sit and watch the beauty of the sunrise. I know the time is limited as one by one as the sun continues to rise the Little's will wake; once again the house will be filled with little voices of this and that and our day will truly start. My real question is I am thinking is how I got to this beautiful place of our life along with how in an instant it may be taken away....I can vouch on that as ten seconds can change your life. We have been there...... 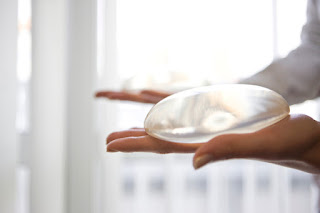 In those moments where the clarity is so vivid, there are many that just go along with the day-to -day routine just as the last day like nothing has changed. We only tend to think there might be a slight possibility of change when we hear of a tragic accident that hits close to home or hear of medical news that may not have the best outcome. Only then do we tend to think there may be more to life; then there is that feeling that some get that is in the deep pit of your stomach that is telling you something may not be right. Really no words or signs to describe it. The feeling is just there. Well, let me tell you when you have the feeling, please do not ignore it. God gave us this sense for a reason. I completely understand some are in tune with their voice more than others as some straight up just ignore it.

So here it goes, a couple months back I had a strange dream. One where I woke in the middle of the night drench in sweat. First I found this to be odd as my sleep pattern is not so great since my accident but I did not think much of it. The next day what I could recall is that I was running through clouds but thick clouds, basically not normal as the fluffy and white pretty ones we see in the daily sky. My body was weird looking like I was looking through circus mirrors. Also, being a recipient of breast implants both were gone. Weird, I know as I fully woke and began to think about it; I figured I was somewhat over tired, maybe not feeling good, having a flare up but I had to keep things going and after checking everything over, laid back down for a bit as I took a moment before starting the day.

Fast forward a couple of weeks later, I was standing in our kitchen and a got this overwhelming sense I needed to see the doctor along with the urge to call my mother though not possible as she has been gone now for over two years. So I figured with my not so much love for the doctor, any doctor because I see enough, doctors, specialists, techs, etc., due to my CRPS/RSD; I just could not shake the feeling. A couple of days later, still having the overwhelming feeling, an appointment was made just to double check all was good. Never mind you I have had my breast implants for almost seventeen years now. On one hand I have been told, if all is good do not change anything. Basically, if all appears normal leave well enough alone but also been told implants have a shelf life for so many years. I have far exceeded that number. I can truly say that currently my entire body has a shelf life of something, from wires, implants to batteries. So to me it is what it is.

The day my doctor appointment came; my visit with the doctor went great. Everything seemed to check out okay but without being able to have an MRI (due to metal) I would not truly know. So, I was somewhat relieved but I thought I was just being over cautious. Still something was there in the pit of my stomach. I still could not help thinking was I being rash and how was I going to explain this to my husband or family for that matter. I could just hear him saying you just want "new ones" but no I really did not. Surgery in my stage of life with an unknown outcome was not in my cards. However, the doctor was great. He gave me a couple of options for me to explore and off I went to discuss with my husband as I prayed for guidance. After a few days, I opted to do an exchange just to be on the safe side, having implants for almost seventeen years, I felt lucky that I really have not had issues but was I pushing my luck, if I did nothing?  Needless to say, I felt I was better being safe than sorry!

After all the paperwork and medical checks, my surgery was scheduled for a little over a month after my initial doctor visit. With the days approaching I could not help but to feel apprehensive and hesitant. So much so that I was willing to forfeit the money we paid but with the support of my mom in spirit, prayer, my family and friends the day came and another surgery under general anesthetics was added to my wall of tally marks since all my surgeries began in 2004.

After surgery, upon waking in recovery I was told all went well and honestly I was expecting or at least hoping to hear nothing was wrong and I exchanged my implants just because....NOPE that was not the case. As soon as heard the nurse say that one of my implants was ruptured I knew I was right from day one. The sense of relief I felt at the moment, I have no words to describe. I was right to listen to my inner voice, that feeling in pit of my stomach. That sense that somehow intervention intertwine in this. I was told the doctor had to do some extra procedures to ensure all the silicone gel from the ruptured implant was cleared away from the area but all in all everything turned out A-Okay! Grateful and Blessed.

So, I had what is called a Silent Rupture...no signs, no symptoms but what I did have is my own body telling me check it out. Thank God I listened to ME along with EVERTHING ELSE!!!


Breast implant manufacturers concur that breast implants are not considered lifetime devices—they may rupture or deflate. While ruptures can occur at any time after surgery, they are more likely to transpire the longer the implant has been implanted.

Why Do Ruptures Occur?

Ruptures can happen for various reasons, including, but not limited to:

There are two types of ruptures: silent and symptomatic.

I was Completely Right not to Ignore my Inner Voice.....
So Remember To
Never under Estimate the Power within Yourself.