Tribute to Our "Red-Heads"

In our Family, we have three that get to celebrate today as it is National Red Head Day, November 5, 2016. 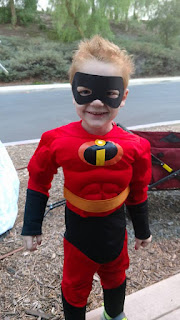 Our Little who we always say is a ball of spit fire, I say is it the red hair or is it just him. A little bit of both, I will say! Nevertheless, having red hair and stunning blue eyes, the sun is not his friend along with many other things that he comes in contact with. Never mind the high pain tolerance he exhibits and his uncanny way of doing things. He is on the Autism Spectrum. He have a love for everything which is great but not so great at times. Those not so great times gets him in trouble because he knows no boundaries; personal or safety. He definitely gives us a run for our money...love you little one to the Moon and Back! Happy National Red Head Day! 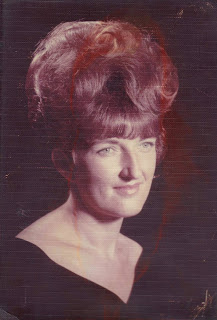 My Late Mother...there was not a day that did not go by that I did not see my late Mother with Red Hair. I say that as with as many times we have the opportunity to make changes at the hair stylist. She never strayed from her natural hair color, RED! She stayed true to herself and kept to the Red! She ROCKED It! With her piercing blue eyes and fair skin color, sun was not her friend either but she was always a trooper when it came to outside activities with her kids when we were little or when she became a "Grammie" she just rolled up her pants and lathered on the sunscreen and found the shade. I miss her every moment but I know she is right here with me and all the Kiddos. Love you Mom, always and forever! Happy National Red Head Day! 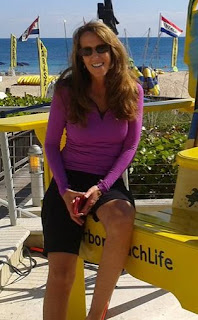 To My Husbands Aunt who has been a Free Spirit and A Peace Keeper in the Family. You have been a great wealth of wisdom and guidance for spirituality Always keeping your head held high. Love you Always! Happy National Red Head Day!
Happy National Red Head Day to Our Gingers and To All The Reds Across the World! Today is Your Day, November 5, 2016. Fact is the Holiday was started by two redheaded sisters who wanted to help other gingers embrace and love their fiery locks.
To help celebrate, here are nine fun facts about redheads:
Fact Credits From - www.11alive.com
"We redheads are the minority, we tend to notice each other - you know, and notice our identity." ~ Julianne Moore
GOD BLESS
Until Next Time...Make It A Great Day!


Visit me on Facebook - Black and Red Licorice: The Daily Mix of Life
Send a Tweet Julie@ACrazyBigFamily