A Glimpse of Foster Care and Adoption - Today is Thursday, Right? 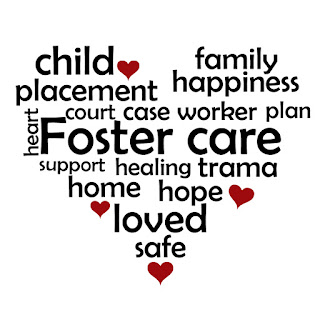 This is A Reality of Our World of Foster Care and Adoptions -
Post Credit to Alaina Beth Young Haerbig - January 28, 2016 1:28am

"To the person who doesn't understand the significance of today:

You're a lot like me. I mean, it's just a Thursday, right? Except it's not. It's an anniversary.

Six months ago, my world changed completely when the phone rang, then a little one arrived, cute as the dickens. I understood my work was cut out for me when I said, "Come here, cutie, and let me change your diaper," and he replied casually, "Get out my face, MoFo!" as he walked away.
It is a wonderful anniversary of that day- a reminder of how far we've come when he says, "Momma, wanna see? Wookit dat biiig poopie I did inna potty for you!" Yes, I will gladly accept that anniversary present, little one. You have gotten so much more than your mouth under control in these six months. It may be a normal Thursday, but we will celebrate this day of little victories together.

But not all that this day marks is worthy of celebration. Today, a pastor and his wife will kiss their little one just once more, and do their best to smile and wave as a social worker takes her from the only home she has ever known, to be reunified with a near stranger who loves her but is ill equipped to parent.

They will pack a brand new box of Dora band aids- her favorite- because they know that she will literally chew the skin from her fingers in an attempt to control the terror she experiences at the hand of her older brother. (You know, the one who watches her when a John is visiting.) They have pictures. I've seen them- Blood in rivulets running down the little palm to her wrist. Because she is scared, and her one momma won't protect her, and the other momma now can't.

This date will be an anniversary for the rest of their lives, the pastor's and his wife's. They will never forget, and they will never be able to tell this precious one whom they love that they didn't want to let her go. They understand that she will think they abandoned her, and this normal Thursday will forever bear that extra sting for them. And no one will bring them a meal, or a sympathy card. "You knew this was what would happen," they will say, "I told you not to get attached."

But that's nothing compared to what this day is for another mom.

Today is one year since her son's murder. Returned to his first family, he was dead three days later, tortured for those three days at the hands of the woman who birthed him. His foster mom planned and paid for his funeral and the stone to bear witness to his short life, and still had to fight to get his surviving twin back into her care.

I can't understand how she functions, and no one is bringing her a casserole because today will be hard.

It's not a normal Thursday.

Another friend finally gets to post a picture of her son, because after years of fostering him, today he will be adopted and hers forever. She will celebrate today because HE became a part of WE. And she will mourn today because she understands that HE lost part of tHEy- the family to whom he was born and should have never had to leave. She will feel torn for rejoicing because she understands the magnitude of his missing history, and she will celebrate this Thursday with a schizophrenic split between joy and grief for this precious boy she now claims forever. She might get a card, but she didn't get a baby shower. And when he acts out because of his early trauma, even her family will say, "you asked for this. Why are you complaining?"

I'm not making this up. This is today, January 28. These are people in my sorority, an unlikely fellowship forged with rabid republicans and doting democrats, straights and gays, Christians and atheists. These are people I might never even have liked in my previously normal world...

Today is not a normal Thursday. They understand.

And I hope, if you read this, that maybe you do, too.

If you know a foster family- take them a casserole, or share this with them so they know that today is no longer a normal Thursday for you, either.

“I believe the best service to the child is the service closest to the child, and children who are victims of neglect, abuse, or abandonment must not also be victims of bureaucracy. They deserve our devoted attention, not our divided attention.” - Kenny Guinn

Visit me on Facebook - Black and Red Licorice: The Daily Mix of Life